Wendy Xia brings her emphasis on building and maintaining relationships to Agios Pharmaceuticals, where she helps strengthen connection between the company and the patients it serves 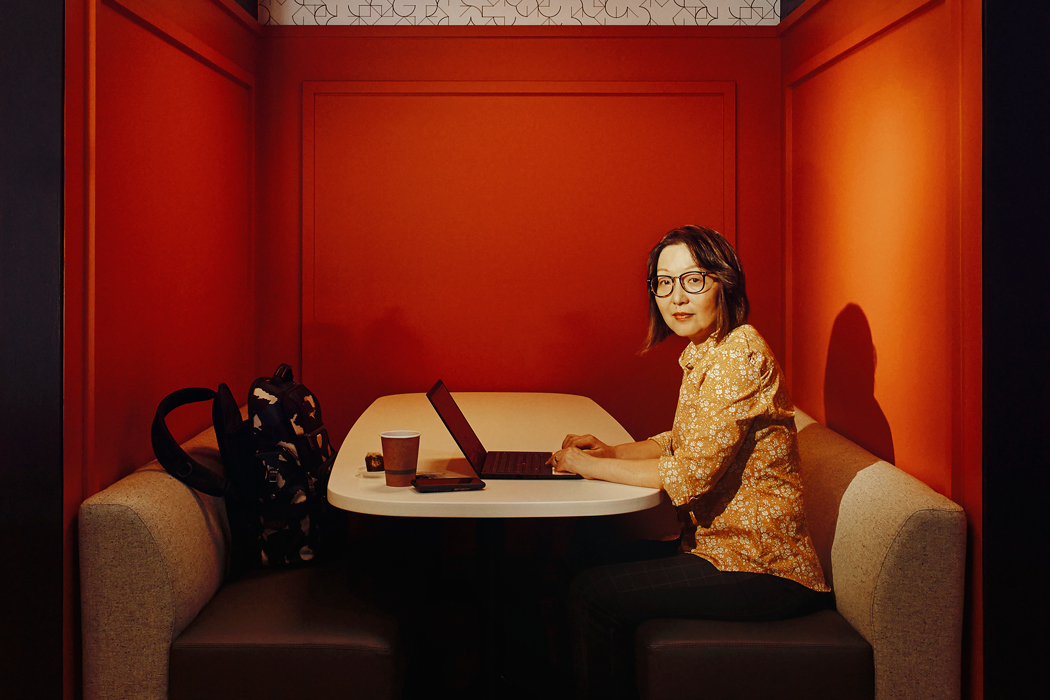 The idea of work/life balance, no matter how popular the topic may be today, is still a relatively new concept. The “rise and grind” culture has been at the center of industries worldwide for as long as they’ve existed. It’s led to countless innovations, breakthroughs that have helped make the world much smaller, and everyday occurrences that, just decades ago, would have seemed like Herculean undertakings.

But devout dedication to the job, and nothing but the job, took its toll. The idea of a family life was often just a vague concept, a limited understanding of the few hours not spent on the clock. The eighties and nineties saw women granted at least a small share of that same lifestyle, but Wendy Xia quickly found that it wasn’t the kind of pace that would fulfill her.

The now vice president and head of supply chain at Agios Pharmaceuticals would transition from process and analytical chemistry positions because she couldn’t bear the thought of her daughter consistently being the last one picked up from daycare. With a husband working eighty hours a week to finish his postdoctoral studies, Xia knew that her family deserved more, and she knew in her heart that it was what she wanted as well.

Xia has accomplished a great deal in her career in roles at the Schering-Plough Institute, Merck, and Novartis, and has done so on her terms. “I think moms tend to be overachievers,” Xia says. “I don’t think we should feel so guilty that we can’t always be perfect in everything that we do.”

Through extensive growth as a leader, the Shanghai-born Xia has managed to make it look fairly seamless. And after a blitz of promotions at Agios, the VP is able to connect to patients, colleagues, and her family with a masterful balance.

Coming to Agios was initially a shock for Xia. Recruited for an interview after just a year at Novartis, she couldn’t believe what she saw at the organization. “I arrived for my interview, and people were wearing shorts,” Xia says, laughing. “I swear that I saw people walking around wearing flip flops. At Merck, you could wear jeans, but typically on Fridays.”

During that same interview, Xia saw a different aspect of the culture at Agios that would help her make up her mind to transition there. “We went to the cafeteria and there was a ‘lunch and learn’ with a professor from Harvard,” the VP remembers. “It was an informal brainstorming session, and I just remember thinking that this was a place where I could have a blank canvas. I could bypass so much of the red tape that occurs in Big Pharma and have a more direct connection with our patients and our people.”

When it came to the pandemic, Xia notes that while tending to supply chain challenges was her initial concern, leadership became much more focused on employee experiences as the lockdown months continued. The Agios team had already successfully piloted hybrid work environments, but it was concerned about the potential burnout of employees working too many hours at home on top of tending to duties like childcare and homeschooling for parents.

Xia says Agios’ focus on creating virtual events and welcoming new hires with as much of a human touch as remote interaction allowed helped keep the organization feeling like a family.

Though she has built so much in her time at Agios, the enduring value Xia gets from her role derives from the company’s patient-centric mindset. The pandemic offered an especially powerful example of this mission.

A patient in one of Agios’ global trials was making consistent trips from his home in Cairo, Egypt, to MD Anderson Cancer Center in Texas for treatments. With plane and international travel in various stages of intermittent shutdown, Agios wanted to make sure the patient’s lifesaving treatment was still delivered.

“It was a huge challenge for us to deliver medication to him from the United States,” Xia explains. “We had to have a special agent personally carry the medication, board an aircraft, and meet his family members at the airport in Cairo before it was shut down. We were able to eventually ship his treatment, resupply medication, and conduct his office visits virtually, but I think those efforts just underline what makes Agios so special.

“While the pandemic did present many unprecedented challenges to supply chain, some of the mitigation methods, such as direct-to-patients, are gaining more ground to offer more flexibility to patients and clinical sites,” she continues. “We are actively working with our clinical operation colleagues and engaging in conversation with regulators and industry-leading groups to hopefully make these changes in a permanent fashion.”

Agios further proves its patient-centric mindset through its continued support of individual patients far after their clinical trials have ended. If patients take particularly well to clinical trials that later go into production in differing doses and delivery, Agios will continue to provide that same medication for patients because they don’t want to disrupt the positive outcomes from what may be an evolved process or dosage after the trials process has been completed.

“Wendy’s knowledge, professionalism, and focus on patient centricity are visible in all the interactions we have with her,” says Fiona Geiger, vice president of client services at Yourway. “She thrives to find perfect solutions. As a service provider, knowing how Wendy expects nothing but the best, we feel honored to work with her to create effective solutions to ensure the studies under her command are flawlessly supported.”

This catered care is a costly and individualized effort, but Xia says it’s one of the many reasons she calls Agios home. And with a wall in Agios’ office adorned with the portraits of hundreds of the patients they’ve protected, Xia is reminded of and motivated by that lifesaving mission every day.

Xia says that despite opting for more regimented hours in her career early on, she hasn’t felt punished in her career for making more time for her family, and she hopes it’s a path more working parents are willing to follow.

“I think the standards moms hold themselves to couldn’t be done any better by any man,” the VP says, laughing. “You cannot feel guilty about making sure you take the time you need to attend to your life. There are times that you need to prioritize. Sometimes it will be work, sometimes it will be your family, but you have to let go of the guilt that you’re not measuring up to that high bar we all burden ourselves with.”

Xia says her own growth has been the result of many things, including amazing mentorship (like guidance from former CEO and current Chairman David Schenkein), HR-supported personality analysis, and the Women’s Leadership Circle group she has been part of over the years.

“There are so many working moms out there, and it’s important that we connect,” Xia says. “Join a local group, join a Facebook group, get the support that you need and deserve to be happy and fulfilled.”

Just a year ago, Agios renovated its cafeteria. It’s a place that serves as much as a meeting room as it does an eating room. A bright blue sign was hung at the head of the room, saying simply, “Gather.”

It’s in this last piece of Xia’s advice that we can see the commonality between her approach to life and Agios’ mission: fostering community and building relationships. Which, for Xia, makes sense. As the head of supply chain, connection is exactly her forte.

A Culture That Cares

As a Chinese immigrant, Wendy Xia says she is continually optimistic about the growing representation of background and experience in her industry. While she routinely found herself both the only woman and the only person of Asian descent in meetings earlier in her career, she believes the social reckoning of the past few years has helped move along issues of diversity and inclusion. That goes double for Agios.

The company has bolstered its community outreach and diversity awareness initiatives to show its allyship and support toward the people it serves. It hosts panels on the Black Lives Matter (BLM) movement and Asian American Pacific Islander (AAPI) hate crimes, and also collects and delivers donations to the local Boston Children’s Hospital.

“It’s not just BLM, or AAPI, or LGTBQ+ groups we’ve established,” the VP explains. “While our diversity council is doing great things, it’s the culture here that enables these things to grow and flourish.”

Gina Bonica Seeks Her Next Challenge

Amy Sellars Finds the Story Written in the Data

David White Builds Up Others