Following a strong sense of duty, Ryan Macpherson spent time in the Navy before turning to a law career as a means to empower others 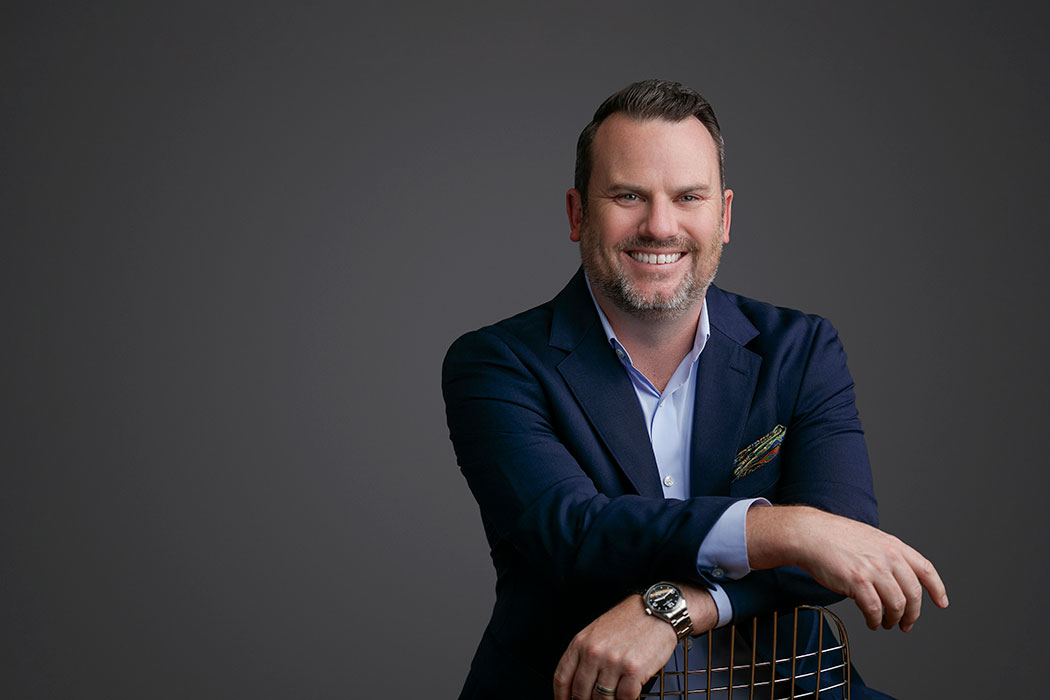 Raised in Portland, Oregon, by a middle school teacher and high school guidance counselor, Ryan Macpherson is no stranger to public service: giving back to his community has always been a way of life. “I think it really gave me an appreciation for education, as well as public service,” he says.

The decision to pursue a military career and enroll in Northwestern University’s Navy ROTC program came naturally for him. After graduating from Northwestern in 2001, Macpherson entered flight school in Pensacola, Florida, where he trained to become a helicopter pilot. However, his transition from the classroom to flying a $28 million SH-60B Seahawk helicopter wasn’t easy. And neither was his first naval leadership experience.

“They throw you in as a young, newly commissioned officer in your early twenties, your mid-twenties,” Macpherson says. “But you’re also in charge of a division of enlisted sailors. Often times, you’re in charge of sailors that are older than you.”

Still, after learning the ropes, Macpherson excelled as an officer—especially in a crisis. When the historic 2004 Indian Ocean tsunami devastated fourteen countries and took over two hundred thousand lives, he flew on relief missions from Hong Kong to Indonesia, delivering food and medical supplies from the USS Abraham Lincoln before evacuating locals to safer areas.

Macpherson spent nine years in the Navy, and says his time overseas reaffirmed his sense of duty. He worked in the Pentagon as a naval operations officer, which he describes as “a really great window into how the Navy operates at a larger level globally.”

He then realized he was ready to explore an avenue outside the Navy that would allow him to empower others: the law. He enrolled in night classes at the Georgetown University Law Center in 2007 and taught a law class to at-risk youth and adults in Washington, DC.

In 2012 Macpherson joined the team at DLA Piper as a litigator, focusing on litigation and internal investigations. He was exposed to the world of regulatory compliance for the first time—an area he’d return to six years later, when he was looking for a chance to lead with integrity at an organization that was as ambitious as it was altruistic. He wanted to leverage his legal and corporate compliance expertise at the right organization. In 2018, he joined Dexcom—a leading manufacturer of CGM technology—as their director of compliance and litigation.

While many teams consider compliance a hindrance to innovation, at Dexcom Macpherson quickly recognized its inherent value to organizations. “If they have a perception about compliance, sometimes it’s that compliance is the police officer or the cop of the company,” he says. “Compliance is actually a strategic partner if used correctly.”

When Macpherson arrived, Dexcom was growing rapidly from a company generating less than $1 billion in annual revenue to a company that now employs close to six thousand staff members and earns more than $2 billion in annual revenue. To support such rapid growth, the company tapped Macpherson to be its chief compliance officer; his first initiative was to create and manage Dexcom’s first-ever compliance department, which supports its rapid growth.

“When you’re running a compliance department and program, it’s not enough to just have the program exist on paper,” Macpherson says. “We didn’t have a whole lot of compliance infrastructure or compliance personnel on board, but we had a great working relationship with the business.”

He launched Dexcom’s global compliance department in 2020 and now leads its two teams: one that addresses data privacy and another that handles corporate compliance.

Doing more with less isn’t a new concept for Macpherson. “In the military, we used to call these force multipliers,” he says. “With two automated systems, you can make a staff of seven, eight, nine people look like a staff of twenty.”

Macpherson wasted little time putting force multipliers into practice, focusing on implementing a highly robust and efficient data infrastructure for his new department. During the pandemic, he integrated third-party automation tools and analytics platforms that empowered his teams to excel in their remote work.

With or without a global crisis at hand, Macpherson knows giving his talented staff room to operate pays off. “It’s important for leaders to recognize we don’t have all the answers. We don’t have a monopoly on good ideas. So I’ve used that as my guide and tried to hire really smart, capable people and give them the tools to succeed,” he says. “A lot of the successes of our department are really due to the fact I have really smart, innovative people working for me who come to me with great ideas.”

David White Builds Up Others

How Joseph Mack Got Ahead of the Curve

Ann Sparkman On Her Full-Circle Career