After twenty-one years in IT, Stephanie Browne made the switch to human resources with a clear purpose: eliminate recruitment bias and rebrand the diversity strategy at Blue Cross Blue Shield of Massachusetts (BCBSMA). “Talent acquisition is probably one of the most bias-laden processes in business,” she says. Now, almost two years into her role as vice president of talent acquisition and chief diversity and inclusion (D&I) officer, Browne is using technology to revolutionize how the health insurance company hires internal and external candidates.

Browne, who led IT and operations strategy for most of her career at BCBSMA, immediately got to work building an application tracking system to mine the talent pools according to skills first without names or faces. The broader view of diversity also applies to various backgrounds, experiences, and skill sets, and her lean team leverages the aggregation methodology to meet a 50 percent diversity target in every candidate search. Monthly reports ensure they are heading in the right direction.

“We’re talking about diversity from an innovation perspective, which is exciting because talent management is becoming more data driven,” she says. “Adding metrics to the strategy allows us to know that we’re progressing and maturing.”

When she officially stepped into the role in October 2016, she saw that there was already a pretty diverse C-suite and a culture that was beginning to match, yet more work was needed on the administrative level. To improve diversity within that middle layer of the Boston-based company, Browne integrated the previously siloed talent acquisition and D&I departments to create more
internal opportunities for the almost four thousand employees at BCBSMA. “It gives people the ability to see how they fit in anywhere and what value they bring to the table,” she says. “I’m constantly looking at ways that I can make a better place for everybody to have a career.”

The holistic approach to diversity goes beyond race, from LGBTQ to veterans to people with disabilities and more, according to Browne. Her team collaborates with eight employee resource groups (ERGs), each comprising a particular demographic, to improve employee access and engagement across the company. Her team conducts regular engagement surveys and recently facilitated a seminar for the healthcare management department about understanding different ideologies and cultures to partner more effectively with different groups. Ultimately, Browne believes these proactive efforts will improve the healthcare space overall.

“For example, the black professional network is helping change healthcare both from a provider perspective and cultural competency perspective around quality of care,” Browne says. “And our disability group has helped the facilities team understand what they need in the workplace. It fuels me to see those changes in our organization, and we’re looking more and more like the demographics of the marketplace.” Browne’s team gathers these insights into diverse consumers to inform strategic initiatives, including the design of the company’s mobile app. 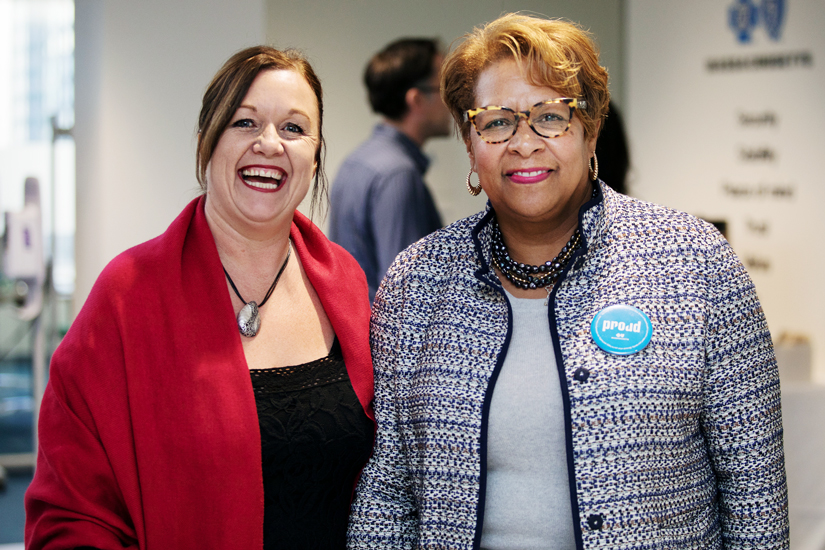 Training is the foundation of Browne’s strategy, in which she implements best practices around the sourcing strategy as well as the individual social, cultural, and professional needs of each employee. It’s part of the transformation Browne’s leading within human resources, changing its brand within the company from advisors to true strategic business partners. Her team recently launched a new initiative called Talent Ambassadors, brand ambassadors working hand in hand with recruiting and D&I to attract new talent at all levels for the company, a feat amplified by technology.

Dan Buettner Provides the Tools for a Longer Life

“We have thousands of folks apply for jobs every day, so we were sitting on a wealth of data, but still starting every single recruiting effort from scratch,” she says. “So we built an algorithm for skill mining and had the team learn how to use those tools over top of other databases like Indeed and LinkedIn. It significantly shortened the time from requisition to finding and hiring the right candidate.” Browne’s emphasis on efficiency and training is reflected in her own educational journey.

She earned a master’s degree in education from Cambridge College, a small college in Boston that targets adult learners. Cambridge College used Browne’s work and life experience plus three years of undergraduate studies as the pre-requisite for her master’s degree. Her blend of technical expertise and people-first philosophy enable her to apply a more comprehensive retention and D&I strategy at BCBSMA, such as the implementation of Robert Rodriguez’s “4C ERG Assessment Model”: culture, communication, commerce, and careers at the enterprise level.

While in her previous IT role, the technology liaison implemented software application releases seamlessly, and now she’s continuing to optimize the business through diverse, world-class talent that is as engaged at work as she is every day. “I did great work in IT, but if I retired there would be ten people right behind me that could do the same thing,” she says. “In my role now, I feel like I can leave a legacy. I love how the changes make differences in people’s lives in ways that they will remember.”

While Stephanie Browne diversifies talent at Blue Cross Blue Shield of Massachusetts, she has also spent about fifteen years on another venture—wine education. She didn’t know much about wine growing up, but that changed in 1999 when she invited friends to learn more about it. “I patterned the group after my mother’s bridge club,” Browne says. “I saw it as a way to expand my circle of friends.” The Boston-based group evolved into Divas Uncorked, an international wine education society. The mission: Make viticulture more accessible for women and people of color—two groups that were significantly underrepresented in the wine community at the time, according to Browne. “Women are huge consumers, the number one buyers of household items, so it didn’t make sense,” says Browne, who also owned an upscale wine shop. Divas Uncorked met with top US wineries to advise market expansions, traveled to vineyards from Napa Valley to South Africa, and created a private label chardonnay with the Mendocino Wine Company. It hosts Vintner Dinners, annual national conferences, and the Martha’s Vineyard Wine and Food Festival. “It was an idea that ran amok,” Browne says. “And I believe we’ve really changed the industry.”

How Marge Mayerson Has Remained a Healthcare Leader for 40 Years

Armond Kinsey On How Diversity Makes a Difference

Ted Borgstadt Has a Passion for Holistic Health