Bioclinica’s Jeannine R. Dwyer reflects on the lessons she learned after Cinven acquired the company

Despite being a certified public accountant and having years of experience working in financial auditing and reporting, Jeannine R. Dwyer met one of her largest professional challenges at Bioclinica, a leading provider of clinical trial services for prescription drugs, where she serves as vice president of finance.

In August 2016, global private equity firm Cinven announced that it would be acquiring Bioclinica. Once involved, Dwyer immediately sprang into action to ensure that process went smoothly. Although she had been instrumental in taking other companies public, she had yet to experience what is was like to be on the selling side of a transaction. The process involved amassing vast amounts of documents and critical data that Cinven requested. At any given time, Dwyer and her team were also handling several hundred tasks that were essential steps in completing
the acquisition.

Dwyer spoke with American Healthcare Leader about her experience with the acquisition, how she led her team through the immense challenge, and her thoughts on the company’s future under new leadership. 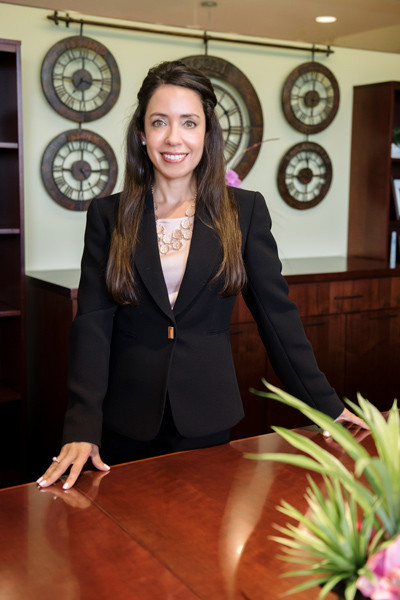 What was the initial reaction when the merger was announced?

There was a combination of excitement and relief. The management team and fellow colleagues who were working on the transaction were instant messaging each other and congratulating one another. We had heard very positive feedback about the new owners, so we knew we were going to be in good hands.

Everyone was excited and relieved because this enormous effort we had been undertaking was brought to fruition. We were eager to get back to running the business full-time, rather than trying to straddle both running the business and keeping the acquisition moving forward through constant data mining and reporting due diligence efforts, which was stressful and challenging for the staff and the company but was necessary to close the deal.

What were the most crucial components you needed to manage to ensure the acquisition’s success?

I think it was important to move very quickly. At Bioclinica, we have a strong financial planning and analysis (FP&A) function and a lot of A-players in finance in general. We chose a few critical leaders who would participate in the acquisition effort in order to be able to still provide the quantity and quality of data the potential purchasers were looking for—but with caution as to not overwhelm all teams throughout the organization.

Being strategic in who was handling this effort and staying in constant communication was crucial. We were talking every day with key leaders across different departments and making sure we had an active task list that was color coded like a traffic light so we knew the urgency of each of the requests.

How did you determine which individuals at the company to include in the acquisition process?

We had the initial skeleton crew of who was driving the data requests in the beginning. With something like the sale of a company, you’re very cautious about who you share that information with inside the company, given that the sale may not materialize and that it’s news that shouldn’t be publicly announced until appropriate. You want to keep it to as small of a group as possible, while still being able to function and provide the information quickly and accurately.

For about half of the effort, I was doing it alone from the FP&A team perspective. Then, at about the midway point, when the task list became so large, it became difficult to keep up with the requests. It was time to engage a few key players on my staff to help me, so I spoke to the CFO and said, “OK, I believe I am at my capacity. I would like to onboard another person from my team to keep the data requests moving forward.” It was clear who those people would be to assist me, and they were onboarded with the project quickly.

How was being on the selling side of an acquisition different from your previous experiences?

At PricewaterhouseCoopers (PwC), I remember bringing someone public. It’s similar in nature, given the size of the initiative and the data collection effort involved. It’s very heavy in data mining and being able to report the data in a cohesive and concise fashion is key. The difference is that I had a much more active leadership role at this stage in my career.

How has the acquisition affected your workflow?

It’s been wonderful. Cinven has provided us with some funding so that we can automate our forecasting and budgeting process. This had typically been done completely manually using Excel. Now, we use an application specifically for forecasting and budgeting that facilitates a much more controlled environment. We are able to update changes to our data more quickly, and we now have one source of truth.

Additionally, I was evaluated as a senior leader in FP&A, and it was a very positive experience for me. The evaluation provided me a summary of what was viewed as my strongest attributes, and it also provided me some recommendations for growth. I considered the evaluation an investment in me as a leader and appreciated the attention and guidance.

What are you looking forward to the most under Cinven’s new leadership?

I am really going to digest the feedback that I received from the evaluation and pursue a formal mentor relationship that is offered for senior leadership within the company. I believe mentoring is such a critical element of growth in corporate America. I think it goes without saying that, from first-year associates up to CFOs and CEOs, everyone benefits from it. There is always room for improvement and an opportunity to work with someone out there who has a skill set you can learn from.

Do you have any advice for other executives whose companies are being acquired?

Make sure someone is owning the process with a log of what’s due, to whom, and prioritizing which tasks are the most urgent to the potential buyer. If that can be put in place early and efficiently, then I think that takes a lot of the difficulties and inefficiencies out of the process. Keep an eye on your team’s morale, and keep a positive attitude regarding the transaction.

The Art of Saving Dollars and Lives

Abby Clifton on The Impact of COVID-19

The Farm on Ogden Keeps Roots in the Community