At Pfizer, an assistant general counsel’s personal connection to life-saving medicines inspires her team’s powerful impact in and out of the courtroom

Connie Matteo was in her second year of practice at a small law firm in her native New Jersey when she received laboratory test results that would change her life—and career path.

The then-twenty-six-year-old attorney was diagnosed with systemic lupus, an autoimmune disease in which the immune system mistakenly attacks the body’s healthy tissue, and for which there is no cure. When faced with this life sentence, Matteo’s initial reaction was to investigate. “I learned everything I could about the disease and what it meant for the long term: whether I could have children, whether I would have to be on medication, and whether I could work a full-time job,” Matteo says. “It also allowed me to pause and think about what I wanted to do with my life.”

At that time, in the early 1990s, Matteo was handling more commercial-oriented tort cases, such as defamation and RICO cases, as well as divorces and real estate disputes. She had graduated from the Syracuse University College of Law and had once dreamed of becoming an international human rights lawyer—inspired by her internship at Amnesty International during undergraduate study at Rutgers University. Yet, she pivoted her focus after earning a spot on a trial team. “It was completely out of my comfort zone,” she says. “I am naturally an introvert and not someone who really enjoys public speaking, but I do enjoy getting to know people. It changed my life because I knew after being on the trial team that I wanted to be a litigator.” 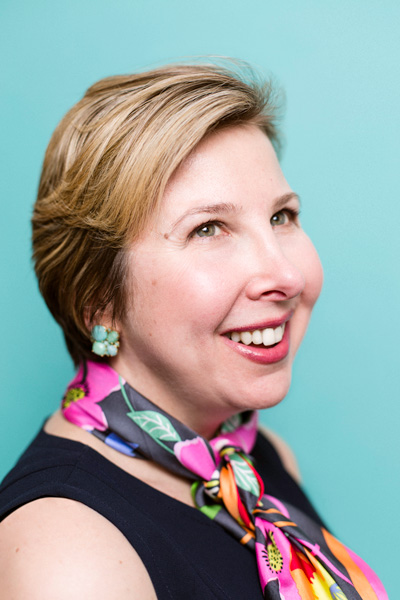 With years of practice, Matteo grew more comfortable on her feet. In fact, she now refers to herself as a pseudo-extrovert. So, when she was handed her medical verdict, Matteo was confident she could excel in her career despite the effects of lupus. She honed her focus on the pharmaceutical world and joined Porzio Bromberg & Newman in 1994.

Within five years, she became a principal and was well acquainted with client and global pharmaceutical juggernaut Pfizer—though her own experience with pharmaceuticals proved just as important. “I know firsthand that prescription drugs make a difference in the quality of my life and the ability that I have to conduct my day-to-day activities,” Matteo says.

In 2007, after more than a decade of representing top pharmaceutical companies, Matteo was invited by one such client—Wyeth—to come in-house to continue her litigation work. She accepted and increasingly represented Pfizer, which was a codefendant on cases. When Pfizer acquired Wyeth in 2009, Matteo’s insider expertise eased the team’s transition. “There are paralegals in our group that I work with today that I have been working with since 1994,” she says. “There’s a real sense of pride in being part of a company that is bringing innovative therapies to patients.”

“I know firsthand that prescription drugs make a difference in the quality of my life and the ability that I have to conduct my day-to-day activities.”

Matteo took charge of Pfizer’s cases as senior corporate counsel in the litigation department. “One of the things that really attracted me to going in-house was not only defending the company, but being part of the contributions that it makes in improving people’s lives,” she says. “It’s a company that is really giving something back to society, not only in terms of the therapies, but also in supporting colleagues and getting involved in community organizations that are helping patients.” In 2014, the Pfizer Foundation Volunteer Program donated $1 million to 700 nonprofits where employees volunteered. Company-wide, Pfizer also participates in the United Way Program, disaster relief initiatives, and its own VOL.UNTEERZ Challenge that crowdsources colleagues’ community service efforts to celebrate each year.

The corporation’s commitment to volunteerism shapes its internal culture, and the legal division is no exception. In particular, Pfizer highlights volunteer initiatives during the month of October. Last year, Matteo’s New Jersey group offered food and counseling to the homeless at a number of sites in the tristate area. Teams also organized a Halloween event at a local school. Matteo’s team often participates in pro bono work such as the Wills for Heroes program, which offers free estate-planning documents to first responders. Matteo has also worked with refugees from Nepal on their documentation so that they can remain free.

For Matteo, who became an assistant general counsel in 2015, the company’s spirit of service is entrenched in her own leadership philosophy. “I will volunteer my lawyers to try cases, attend seminars, or to speak on something that is not necessarily my area of expertise,” she says. “I’m always recommending people in my department whom I trust and value. When you see someone who has talent, give them an opportunity.” Matteo considers it an important responsibility to find ways for her direct reports and incoming talent to develop in their roles. “I think the traditional view is that you want the most experienced person taking depositions or arguing motions,” she says. “But the newer generation of lawyers will not learn if they don’t get the chance.”

Giving new lawyers hands-on experience is often difficult at large companies, yet it defines the collaborative environment that Matteo cultivates within her legal team. “Leaders have to be open-minded,” she explains. “Whether it is inside at Pfizer or my outside lawyers, they must feel as though they can take thoughtful risks, and I have their back. If things don’t go the way that we planned, I’m not going to cast blame. We’ll take it collectively. My approach is, ‘How can we fix it and what can we learn from it?’” Positive reinforcement and candid feedback are critical tools in her team’s success.

Matteo extends this relationship-building philosophy to the core of her team’s work: litigation.

“The key factor in litigation is maintaining credibility with the court and juries,” she says. “Given the public perception of pharmaceutical companies, I think we have to work to establish credibility with judges or arbitration panels. We do that through our teams.” When gearing up for a trial, Matteo selects lawyers who she believes will best tell their side of the story and connect with the jury.

For example, a diet drug case in 2014 involved an old piece of litigation that Matteo and her Pfizer team were trying for the first time. “We won that case, and I think one of the factors—aside from how the facts were with us—was that I had a team that was extremely credible and effective,” she explains. In fact, one of the plaintiff attorneys told her that her trial team impressed him and that she could not have picked two more likable people to defend this case. “I want someone who not only is going to be litigating like a bulldog,” Matteo says, “but who also can get along with adversaries to work through disputes and can establish a good relationship with the court.”

Strong communication skills are important to both working with outside lawyers and working internally. Matteo spends time getting to know the various stakeholders to make sure their position is in her mind. “Litigation is not the business of Pfizer; bringing therapies to patients is our business,” she says. “I can’t lose sight of that, and I need to make sure that all of the other parts of the business get their voices heard when we’re making litigation decisions.”

Open lines of communication are essential to this process, and Matteo says she regularly engages teams for updates on product developments and potential legal changes. To develop relationships with new colleagues or those overseas, she suggests calling them before sending a calendar invitation; that personal touch can develop positive interactions.

At her New York office, Matteo says the lean yet powerful legal team is composed of generalists. In fact, people are often surprised by the variety of matters her teams handle. Matteo herself is involved in everything, including antitrust and securities cases, product liability cases, providing litigation support, business transactions, and more. And, anticipating future trends, she’s taking courses to better understand how patent litigation relates to securities and antitrust litigation.

With all that she has on her plate, Matteo admits that she could not do her job if she was not taking prescription medications, which embodies the patients at the heart of Pfizer’s mission. In addition to bringing in patients to speak to the legal team, Matteo champions her perspective on the industry she serves. “I probably value the innovation, the time, the money, and the energy that Pfizer dedicates to coming up with new therapies more than the average employee because I’ve seen the benefits and know the risks,” she says. “Systemic lupus is an autoimmune disease that’s not well understood. I feel very passionate about the work that Pfizer does because I know how important therapies are to improving patients’ lives.”

Meet the Man Keeping UT Southwestern Connected All the Time

How to Build a Secure Healthcare Network

Jennifer Blythe is Part of the Solution

Ryan Macpherson Is Anchored by Integrity

Adam Yoffie Is Committed to Assisting Others