A few months into her first CEO position, Renee Jensen found herself in charge of a hospital on the verge of closing its doors. She chose to accept the challenge, and she’s still there today. 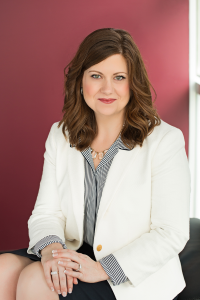 Shortly after assuming the role of CEO of Mark Reed Hospital (MRH) in Grays Harbor County, Washington, in 2007, Renee Jensen was faced with the realization that the hospital could barely meet payroll. The finance manager told her that if collections that day were sufficient, and if the checks—which had already been cut—weren’t all cashed immediately, the hospital might be able to cover salaries.

“I had my head in my hands, trying to breathe and figure out what to do next,” Jensen remembers.

At twenty-nine years old, Jensen was among the United States’ youngest hospital CEOs, in one of the poorest and unhealthiest counties in the country. In hindsight, she realizes that a more experienced executive would probably have never taken the job, but her passion for healthcare and leadership—and perhaps her naiveté—enabled her to carry out a dramatic transformation of the troubled facility.

THE COMMITMENT TO DO WHAT IT TAKES

Jensen began her career working as a medical technologist. But as soon as she began to take on management responsibilities, she recognized the excitement she felt for leadership, and not just performing day-to-day tasks. “I thrive on being able to make positive changes and having an impact on a larger scale,” she says.

Her model for leading came from Bob Compson, the former CEO of Columbia County Public Hospital District where she held her first management job. She saw how he cared deeply about the organization and its people, how he poured his heart and soul into the job.

It was in that spirit that Jensen tackled the issues threatening to close MRH. First, she and her team renegotiated payer contracts and made tremendous adjustments to the hospital’s financial structure and revenue cycle. Second, she transformed the culture by convincing leaders and staff that having limited resources in a rural community didn’t mean that it should do without adequate services and the professionals to provide them.

That transformation led Jensen to start making hiring decisions based not only on an individual’s experience, but also on their passions. “You find out what drives someone and then turn them loose to do that. That’s what I look for: a spirit of innovation and taking risks to make things better. The results are awesome,” she says.

For example, one of her most productive nurse practitioners asked to get involved in the changes to how care was provided. That practitioner now devotes half her time to care transformation and was instrumental in making changes that led MRH—under its new name as Summit Pacific Medical Center (SPMC)—to become the first rural hospital in the state of Washington to operate as an accountable-care organization (ACO).

“You find out what drives someone and then turn them loose to do that. That’s what I look for—a spirit of innovation and taking risks to make things better. The results are awesome.”

THE PAYOFFS OF RISK

As dramatic as the hospital’s situation was eight years ago, it has achieved equally dramatic improvements. Revenue has increased from $7 million to $58 million annually, and payroll has increased 400 percent. Jensen oversaw the construction of a new replacement hospital four times larger than the old facility—and was given the new Summit Pacific designation.

As project manager, she tended to every detail, down to tile and paint colors. SPMC partnered with Mason General Hospital to create its ACO and operates a twenty-four-hour Level IV emergency department that treats more than 12,000 patients per year, an urgent care clinic, and three rural healthcare clinics that handle a total of more than 35,000 patient visits annually.

“We were facing the same challenges that all of rural healthcare faces, but we were more creative, more innovative, and much more risk tolerant,” Jensen says.

“To be honest, at the time I was too young and green to know I shouldn’t take the creative and innovative risks we took.” Still, Jensen attributes her initiatives’ success, in part, to a philosophy of, “Just jump in and figure it out.”

“You need to know how to leverage resources and ask questions—and if you don’t tell people something is impossible, they assume they can accomplish anything they set out to do.”

This was more or less her strategy when moving into the new hospital. Without any other option, SPMC’s entire IT infrastructure was moved, installed, and activated in a single night.

And Jensen’s own determination can’t be ignored as a factor in the organization’s success. After all, why not just walk away after learning about its financial woes?

“Three publicly elected board commissioners had hired me, and I felt I owed it to them to do what I had been hired to do,” she says. “It was a matter of determining what the community needed and putting the pieces in place to achieve that.”

SPMC was recently named one of the ten most beautiful hospitals in the United States by Soliant Health. Meanwhile, Jensen and her husband, Tom, CEO for Grays Harbor Community Hospital in Aberdeen, were corecipients of the Washington State Hospital Association Joe Hopkins Memorial Award for their work in transforming the quality and access to rural healthcare.

But many hurdles still remain; Jensen points specifically to an ongoing uncertainty in the changing healthcare environment.

“The future of healthcare delivery is clearly based on value and keeping patients healthier, not just treating them when they’re sick,” she says. “But the reimbursement models haven’t caught up with that. That puts rural providers at a disadvantage, since we don’t have the volume that metropolitan practices have to help sustain us during the transition. So, we have to find ways to be more efficient and innovative.”

She feels gratified, however, that she is making a contribution by creating a roadmap that other rural communities can follow. “To make meaningful changes, you have to develop the infrastructure to support them. That’s what we’ve been doing for the last eight years. But changing the health of a community doesn’t happen overnight. It may take another eight years to see how much transformation we’ve really accomplished,” she says.

Would she be willing to take on another crisis situation in a new job? “You don’t get the same satisfaction and pride of ownership if you’re just a ‘babysitter’ with an organization that’s already in great shape when you get there,” she admits.

Focusing on Life After Acute-Care Discharge