With a deep background in social work, Dawn Rock contends that relationships are just as important as the law when it comes to successfully meeting rules and regulations

Dawn Rock did not start out to be a lawyer or a healthcare-compliance expert. Her heart was in social work, and the belief that everyone will need some sort of support at some point in their lives.

That is exactly what happened in her own life and led to her current position as chief compliance officer at HealthSouth Corporation.

Rock left her undergraduate social-work program at University of Maryland Baltimore County when she became a single mother of two young boys. After she began work as a paralegal for the Immigration and Naturalization Service and later for the Civil Division of the US Attorney’s office, one of her sons faced repeated health crises and hospitalizations that were eventually diagnosed as juvenile arthritis.

She was so impressed with the care he received through her insurer, Kaiser Permanente, that she decided she wanted to work for the company. When she began her new paralegal position there, the company was building its compliance program. So, at about the same time she started law school, she became a compliance coordinator. 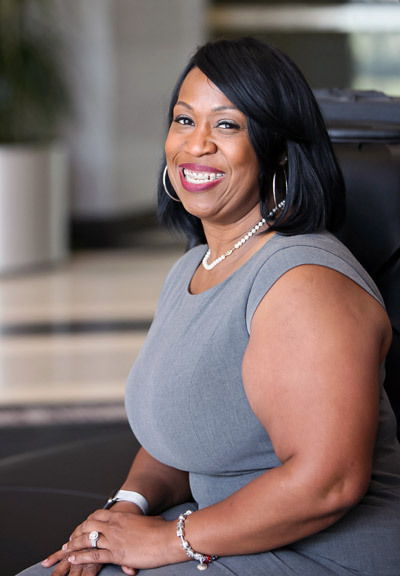 It marked a significant change in her work life, which had primarily consisted of doing research that she handed over to attorneys to execute. That now fell to her. “I could no longer ‘write my way out of a problem,’” she remembers. “I had to learn to interact with my clients personally and explain why what they wanted to do was acceptable or not from a compliance point of view.”

It wasn’t an easy transition, since the circumstances can lead to defensiveness when a client feels as if something is being taken away from them. To address this and other emotional reactions, Rock invokes some of the interpersonal skills she learned in her social work training.

“People don’t want to simply hear ‘no.’ They want to know why and how they can make changes to get them where they want to be,” she says. “I see my role as being a partner and an advocate who’s on the same team. I don’t want to be seen as the ‘compliance police’ who does her job by shutting everything down.”

“I see my role as being a partner and an advocate who’s on the same team. I don’t want to be seen as the ‘compliance police’ who does her job by shutting everything down.”

To reinforce her advocate role, Rock puts a great deal of effort into building relationships, which are to her as critical as the legal aspect of her compliance responsibilities.

Based on her belief that compliance is ultimately accomplished in operations, she finds that the best way to ensure success is to have “buy-in and trust built into interactions with clients.” Otherwise, there is a much higher risk of violations occurring.

To that end, Rock and her department hold compliance road shows in many different locations throughout HealthSouth’s network of 121 hospitals across twenty-nine states and Puerto Rico. They provide opportunities to meet a wide variety of employees at all levels and to stress the strategy of identifying potential issues before they do harm to patients, employees, or the HealthSouth brand—or require outside remediation.

The compliance team has also helped rebrand the department, starting with a new name—the Compliance and Integrity Department—and possibly a new slogan to replace “Compliance—A Shared Commitment.” Both are intended to convey the idea that its mission is more than just enforcing legal requirements. In the complex compliance environment in one of the most regulated industries in the country, Rock’s hope is that refocusing the image of compliance will spur individuals to make “good choices” and seek advice if they have questions about the law.

Rock has also been in the process of reforming the culture and relationships within the compliance group itself. When she assumed leadership of the department, there was a heavier focus on the letter of the law than on the more supportive and engaging dynamic she has put in place. It appears that prioritizing the development of ongoing relationships with customers has made a distinct difference and helped create what she characterizes as a “lighter environment.”

“This can be stressful work, so we do team building activities and hold social events where colleagues know they can let loose,” Rock says. “Team members frequently take each other to lunch and bring in homemade treats for the department. These things bring us closer together and help us support each other.”

In a recent employee-engagement survey, 100 percent of her staff responded favorably to the statement, “I enjoy working with my coworkers,” which wasn’t always the case.

As she begins her second year with HealthSouth, Rock admits that she is still learning the ins and outs of the company. She is also working with outside consultants to conduct a compliance effectiveness review to identify potential opportunities for improvements.

While these and other initiatives settle into place, Rock emphasizes how motivated she is by the variety of challenges she faces on a daily basis. “Even after all my years in compliance, there are always new issues or questions that need answering,” she says. “Just when you think you’ve seen it all, someone comes up with something you could never have predicted.” AHL

A Retired Identity, an Evolved Plan