Long before Amy Yao was the chief actuary at Blue Shield of California, the Chinese immigrant was a timid college student trying to navigate life in a new part of the world

Raised in China during the Cultural Revolution, Amy Yao left her home country with just $100 and a dream of creating a better life in America. Back home, she attended Tsinghua University, where she earned a degree in computer science—a major selected by her scientist father. Although she was the first family member to go to college, she wasn’t yet sure what she wanted to do beyond her tenure.

During her senior year, a few classmates began floating the idea to go to the United States. It was, Yao says, a truly foreign concept. Up until this point, she had had little interaction with people from other countries. Still, at her classmate’s urging, she applied for various American scholarships, and to her surprise, was accepted to the mathematics program at the University of Connecticut.

“I was one of the first students to come to the United States,” says Yao, today the senior VP of actuarial and analytics and chief actuary at Blue Shield of California. “My parents used all of their savings, traded it for US dollars, and it was only $100. Luckily, I had a friend here already, so he helped me find housing.” 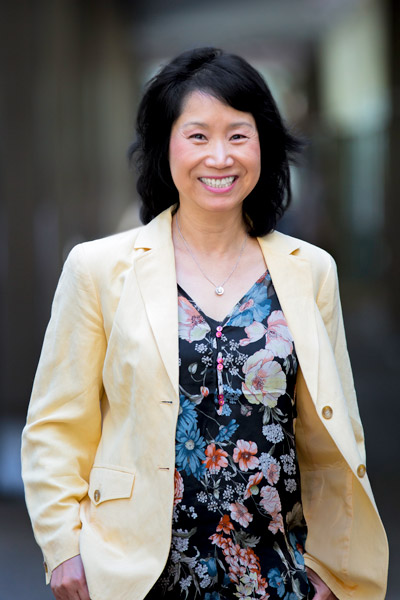 As if waiting for scholarship funds weren’t vexing enough, Yao says she faced an even bigger challenge when she was confronted with the language barrier upon arriving in the States in 1988. “The little bit we learned was actually British,” Yao explains. “I had a very long layover in Hawaii, but I didn’t dare leave the airport. I was totally lost. I could not speak English.”

This was a matter compounded when, as a master’s student, she was expected to not only give a presentation to professors in order to receive her teaching certificate, but also instruct an undergrad class. She credits her professors for helping her succeed.

It was during this trying time that Yao was introduced to actuarial science. She was told that passing the exam would increase her salary, which Yao jokes sounded like a good deal to her. She wrapped up her master’s in mathematics and landed a fellowship with Aetna.

“That’s how I got into the actuarial field,” Yao says. The victory served as a sort of conviction for her, even as Yao says she continued to struggle with her English. Classmates told her to watch American news broadcasts and soap operas to help bolster her English skills. It began to pay off.

“A boss said to me, ‘I know you can take exams, but you have to connect what you’re learning to your work,’ I never thought about why I was doing something. I just worked.”

Yao moved to the West Coast following her exams. “I really missed Chinese food,” she jokes. She eventually landed at PacifiCare, where she worked for twelve years. It was her first full-time job. In China, Yao says, there’s so much emphasis on studying and taking exams that she never thought about her job as a career. She was simply a shy, quiet worker who would clock in and clock out at the end of the day.

“A boss said to me, ‘I know you can take exams, but you have to connect what you’re learning to your work,’” Yao says. “I never thought about why I was doing something. I just worked.”

Besides being shy, her English continued to be a challenge. The same boss encouraged her to speak up in meetings, and sent an English tutor to her office once a week.

When PacifiCare was purchased by United Healthcare, Yao took advantage of an opportunity to interview at Blue Shield of California. She says she felt like she was finally home. “I had never worked for a nonprofit,” she says. “When I interviewed, I got a sense that they had a mission. They were not just about the bottom line. They wanted everybody to have access to healthcare. It just jumped out at me. And I really liked the diversity [at the company].”

Based in San Francisco, Blue Shield of California serves more than four million members and nearly 65,000 physicians across the state, with annual revenue of over $13 billion.

Yao says it was the first time she felt her role could influence an organization. She was hired as VP of pricing under actuarial and analytics. “My role was really about [finding] the right pricing and delivering the results so we could meet our profit targets,” she says.

At Blue Shield of California, Yao’s work spoke for herself. But up until this point, Yao had never considered any sort of career trajectory, a fact pointed out plainly to her by her boss. So, Yao began to take steps toward leadership. She took a public speaking class, something entirely out of her comfort zone, and sat in on board meetings to learn the broader aspects of the business firsthand.

“It was eye-opening for me,” Yao says. “Blue Shield is such an encouraging company, to say, ‘Go on and get your professional development.’ I couldn’t believe this could happen for someone with my background. That really says a lot about the company.”

Soon, she was finally able to connect the dots between her work and the impact that it had. Yao compares actuarial work to driving a car. She compares the accounting side of the business to sitting in the backseat, looking out the back window, and documenting data. The actuarial side is like being the driver, creating pricing, and calculating future projections.

“It takes a lot of mathematical skills, understanding competitors, and potential vendor behaviors, so we can make a listing margin of about two percent,” she says. “We manage the financial risk of the company.”

These days, with the Affordable Care Act in place, there’s a lot of pressure on actuaries, Yao says.

“I kind of enjoy the learning—sometimes it’s all business, sometimes it’s all technical, sometimes its learning to be a good leader,” she says. “How can we get back on track so we don’t disappoint our numbers? But, the bottom line is not our only focus we have. There is greater purpose to what we do, and that’s providing high quality healthcare to Californians.”

In fact, outside of raising her teen son, one of Yao’s proudest moments has to do with building her team, whom she credits with getting in the trenches to understand all of the new regulations.

“We have really high credibility with our senior leadership team,” Yao says. “I think the only reason we can have the accomplishment is because the company gave us the space to be able to do that.”

Yao, a fellow of the Society of Actuaries and member of the American Academy of Actuaries, has been recognized as one of the Most Influential Women in Bay Area Business by the San Francisco Business Times. Despite being nominated for the award three times, Yao still has days where she stands in disbelief that she is living her American Dream.

“I never thought that I could get a job with such a big company. One thing I’ve learned is to have confidence in yourself, and to not give up.” AHL

A Response to a Decline in First Responders